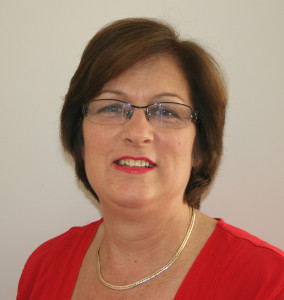 Award-winning author Mary Brock Jones is a shining example of a writer who manages to straddle who seemingly separate genres.  She writes historical romance and futuristic science fiction and is a very active member of both Romance Writers of NZ and SpecFicNZ.  She also straddles traditional and indie publishing as a hybrid author.  I recently got a chance to talk to her about how she manages to balance these sides of herself and, in particular, how she was able to bring romance and sci-fi together in the exciting Hathe series which tells the story of a couple on opposite sides of an interplanetary conflict.


You write both romance and sci-fi.  What draws you to each genre?

​     I like stories about people, about the things that matter to people, and romance definitely ticks that box. As well as that, I enjoy the world building side of writing - whether it’s science fiction or historical romance.  Archaeology was top of my career list when I was a child, as I’d  fallen in love with ancient civilisations, particularly with their myths and legends. So science fiction and fantasy aren’t too big a leap from there. I think I first started reading science fiction in my teens, and academically I tended towards the biological sciences so the two gelled nicely. I still love museums and old stuff as well though.
Looking back, it was always the stories of the past and of the future that fascinated me, as much as how they built roads or conquered the worlds. How did people live in those different times, and how might people live in the future. Which is probably why my science fiction novels have a strong romantic theme to them, though the stories can be rather edgier and with darker endings. But in all of them, it’s the people that matter.

Do you find your style changes between them?

It changes a bit between historical and science fiction more than between romance and non-romance stories. The historical are slightly more formal in style with fewer contractions. It’s not a straight replication of how people talked in Victorian times, but more has a feel of their style . I’ve read a lot of recollections and social histories of the period of my books (the NZ gold rush) and so you come to have a sense of their way of looking at their world and their use of language.

And do you find you blend the two?

Not really, unless it’s called for by the culture of a particular SciFi group of characters. In “Torn”, the book I’m writing at the moment, my heroine is from a cultural grouping which places a high value on formal manners in language and speech, so I guess the historical style has seeped in there. 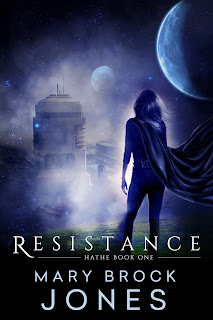 What can you tell us about the recently released Hathe series and what inspired you to write it?

Hathe was my first book, and began as a dream. Very occasionally, I’ll get dreams which are like being in the middle of a film or TV programme. A complete story unfolding before me.
That one gave me the setting (similar to the Desert Rd, cold temperate desert of the New Zealand’s North Island) as well as the two main characters - a heroine who belonged to a secret resistance organisation and the hero who had to break her and find what she knew to save his own people. Mind you, the nature of the characters was nothing like in the final Hathe. They were both much older for a start, and the hero was softer, more easily hurt. I do love Hamon, my hero, but life has made him one tough SOB. 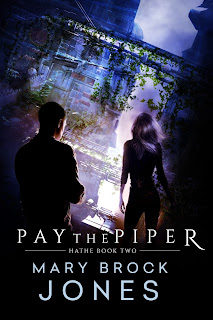 The Hathe series is a colonialism story in space.  Did you draw on your history as a New Zealander to inform this?

Definitely. At the time, I was feeling very bolshy about being from the Southern Hemisphere. As most of the world’s people live in the Northern Hemisphere, our seasons, our stars and our physical world are often marked as ‘different’, while cultural festivals  such as Christmas are said to be at “the wrong time”, which annoyed me immensely. So the Hathians may be human, may have descended from colonisers from Earth, but they have their own ways of doing things and very much belong to Hathe, not Earth.

What messages about colonialism would you like people to take away from the Hathe books?

If you mean, the rights or wrongs of colonialism, I can’t say I was thinking of that at the time, although as a child of a colonial country you grow up aware of the issues, of the massive rate of cultural change inflicted on indigenous peoples during colonisation. However, I did have a strong sense of belonging to the New World, and of coming from a place and part of the world that was different from the established world.  In Book Two, Marthe asks Hamon why Earth didn’t ask for help to overcome its resources shortfall to provide for a massive population.

“And no one ever thought to look at the rest of the Alliance planets, to see if maybe we had solved the problems you couldn’t?”


“Why should we? Earth’s population still exceeds that of all the newer Alliance planets combined. We had minds enough of our own to come up with solutions that would work for Earth.”


“Yes, but not minds that had been challenged as they were on the other worlds. Don’t you know how the original colonies were settled?” she demanded. “Set up on an ad hoc basis. Earth’s only interest lay in how many people they could be rid of and what could be milked from the new worlds. But we didn’t sink as we should have. We swam, finding the answers to questions you of Earth never even dreamed existed. And now you expect us to understand you? To rescue you, even?”


“Is that so unreasonable?” Hamon threw back defensively. “Do you have no sense of duty, of heritage? Earth is the home of humanity!”


“I have a nostalgic sense of interest, yes, but this is my home. I was born on Hathe, as were my parents, my grandparents, and generations before. This world—it’s who I am! Against that, all you offer is the sop of your own ignorance?”

The phrase “finding the answers to questions you of Earth never even dreamed existed” sums up my approach to the changes in New Zealand over the colonial period. The settlers here had to leave behind the ways of their home countries because they just didn’t work here. It’s one point where my historical and SciFi research has definitely come together.

It’s interesting that it is the humans from Earth are the “baddies” in Hathe in the sense that they’re oppressing the indigenous population and as readers we find ourselves supporting the "alien" underdogs.  What made you decide to write it that way around?

It’s part of the above. The Hathians were like me, a descendant of migrants, and the Terrans those human who had never left their home planet.

As an author, you’d be considered a “hybrid” in the sense that you’ve been traditionally published and indie published.  Do you have  a preference or any advice about that for other authors?

My first books were published by Escape Publishing, the digital branch of Harlequin Australia. I’m very grateful for what I learnt with working with a traditional publisher, and the staff of Harlequin are amazingly supportive of their authors. It’s also the most successful book publishing company on the planet, so is a very good introduction to the business of publishing.
Plus they paid for the editing, cover design and initial promotional pushes such as Netgalley. Indie publishing is very expensive, and don’t imagine you’re going to make much money - if any! Harlequin also has established pathways to announce your releases, so that helps in rising a bit higher in the huge pool of new books coming out all the time.
However, as an author, you also lose much of the control of your book. What I love as an Indie author is having total control of the final book. It says what I want it to say, whether or not that is commercially viable. There is a scene in Hathe that I knew would put off a publisher, as it has an element of sexual assault. I thought hard about whether it needs to be there, but it definitely does. That scene brings into stark reality the ugliness of what Hamon and Marthe are being forced to do to each other. They must spy on each other, with little hope of any kind of a future.  To do otherwise could cost the very survival of each of their peoples.

Speaking of hybrids, should we expect a hybrid baby in Hathe?  I hear there’s another book coming out soon.

I do have another book ready soon, but it’s the first of a different series. I’m also about a quarter way through writing the sequel to Hathe. It’s the story of Jacquel, Marthe’s oldest friend, and covers what happens on Hathe afterwards. At the moment, that one’s going to be Indie published. It’s very definitely a sequel, so I can’t see a publisher taking it on as a stand alone book.

What other projects are you working on?

I’ve finished the first book in my new environmental/political suspense scifi series set on the planet Arcadia and it’s with an editor at the moment. It also has a strong romantic element, with a couple of very different main characters.  I’m still deciding whether to try taking that down the traditional route, or indie publish it, but I do have a cover for it, which I love. It has horses and a spaceship, shades of “Firefly’! 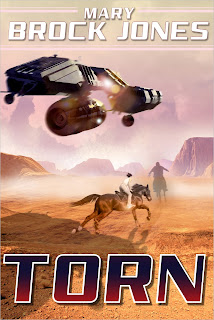 Coming Soon:
Torn
“Fee and Caleb must change their world to save it, even if it means their families reject them, the lands they love will never be the same and despite neither quite trusting the other.”

For more from Mary Brock Jones, check out her website at www.marybrockjones.com or her Amazon profile here.