Ghosts have been a popular part of storytelling for as long as there have been humans. There's something fascinating about the idea of a person coming back from the afterlife to interact with the living.
When I was writing Currents of Change, I wanted to make the ghost of Great Aunt Bridget a living (excuse the pun) part of the house.  The book is as much about her story as it is Sara's.

Halloween is the time of year that we honour the ghosts in our world and I thought it was a good time to list some famous and favourite spooks from books, TV, and movies.  There are potential spoilers ahead if you haven't read/seen these but hopefully you have.  If you haven't, I suggest you do!

So, in no particular order, here are some of my favourite ghosts: Bobby Singer (Supernatural - TV Series)
As father figures go for a demon hunting pair of orphans, Bobby is about as good as it gets.  Better, one could argue quite convincingly, than the Winchesters' actual father.  The brothers usually rely on Bobby only when the going gets tough, but he is always there with a bit of extra information and support and some words of wisdom.  When the life of a hunter finally catches up with him, Bobby doesn't let a little thing like death stand in the way of helping the boys out of some tough spots.

Samuel (The Bible)
Now the Bible isn't big on communicating with ghosts.  In fact, it has a couple of verses that are pretty clear that it's a bad idea to try.  But nevertheless, in 1 Samuel 28, we see Saul using the witch of Endor to summon the dead prophet Samuel back to give him some advice.  Now there's some question among Biblical scholars as to whether this was actually Samuel or a demon masquerading, but either way the message was clear: Saul was going to lose.  And he did.


The Ghost of Christmas Future (A Christmas Carol - by Charles Dickens)
Dickens brings out a total of four ghosts in this Christmas classic, each of them to take a crack at Ebenezer Scrooge and try to make him change his ways and become a nicer person.   But it's the ghost of christmas future that seems the most badass of all and really gets the job done.  Rather than messing around with anything else, he takes Scrooge straight to his own grave to really drive home the point of where his nasty ways will lead.  And what do you know?  Ways get changed! 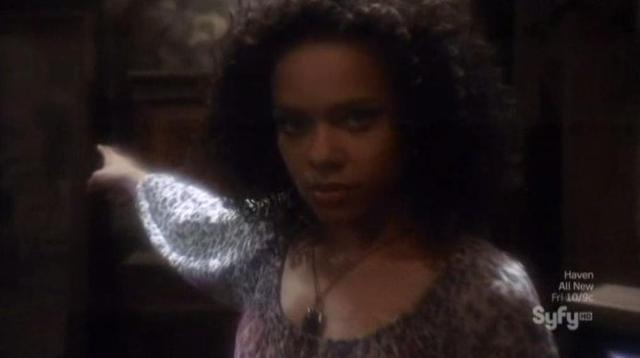 Leena (Warehouse 13 - TV series)
Leena may have only been a part-time Warehouse agent, but she took her job seriously.  Even after death, she clocked in to lead Pete to a crucial piece of evidence and consequently saved the day.

Sam Wheat (Ghost - movie)
Patrick Swayze's character came back from the dead to reconnect with his love, save her life, and solve his own murder.  In doing so he created some of the most iconic and romantic ghost scenes in history.  And a huge boost to the market for couples pottery classes, I'd wager.

Banquo (Macbeth - by William Shakespeare)
Another ghost who returns to sort out his murderer, Banquo starts out as Macbeth's friend, but runs foul of Macbeth's ambition and the witches' prophecy.  His ghost returns in the middle of a public feast to make sure his old friend feels the guilt for having him killed. Take that, Macbeth.  Hope you choke on it.

Headless Horseman (The Legend of Sleepy Hollow - by Washington Irving) /
Nearly Headless Nick (Harry Potter Series - by J. K. Rowling)
Folklore and literature is rife with headless horsemen ghosts but these two are probably the best known.  The Sleepy Hollow story has been retold many times, each  with a slightly different take on the horseman and his quest to find a head.  One thing is clear, however, when the horseman rides, you'd best keep out of his way!  J K Rowling took the horseman stories and put her own twist on them to create a very likable ghost character, Nearly Headless Nick, who serves as the Gryffindor house ghost and now and then helps Harry with his adventures.   Nick's culinary skills have something to be desired for the living, however, so if you're invited to his banquet, consider it a BYO.

Spike (Angel - TV Series)
The back-up vampire with a soul died saving the world in Buffy The Vampire Slayer finale but returned as a sort-of ghost in the spin off, Angel.  Between the bad attitude and the vat of peroxide he must soak his head in every night to keep that hair colour, he managed to to become corporeal again and joined the team.  Spike was always a fun character to have around and, given the number of Angel's compatriots who were killed off during the show, doing the reverse trip from death to life made a nice change! 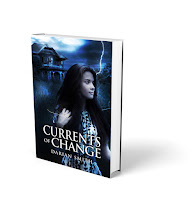 If you'd like to check out the ghost of Great Aunt Bridget, have a look at my book Currents of Change.  I'd love to hear what you think.

Don't forget - you can join my Readers' Group for special deals and release dates sent direct to you at www.darian-smith.com