Making a Splash - Jan Goldie talks about "A Mer-Tale" 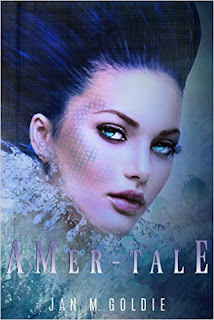 Jan Goldie is the New Zealand based author of the Young Adult book A Mer-Tale.  She has also had short stories published alongside mine in The Best of Twisty Christmas Tales and the award winning anthology, Baby Teeth: Bite-Sized Tales of Terror.
I've met Jan at various fan conventions and recently got to interview her about her novel's modern take on the mermaid myth.


·         What made you think of bringing the alien invasion angle to the world of merfolk?

It came about because of a ‘when in Rome’ situation. A Mer-Tale was created to be a part of a wonderful science fiction and fantasy collection called Conclave. Lee Murray, Piper Mejia, Celine Murray and I wrote the stories that went into Conclave while on a writing retreat at Pukehina Beach in the Bay of Plenty. Imagine if you will four writers eating copious amounts of chocolate biscuits, drinking too much tea and coffee and writing non stop (until lunch or dinner came along of course!). It’s amazing how motivating the tap, tap, tap on a laptop can be when you know someone else is further along in their story than you. Plus, if you wanted to yell out a question you could. One of mine was “What would be a good swear word if you lived under the ocean?” or “What would be an effective and painful torture used by an underwater alien race?”. Anyway, my story originally had no science fiction in it at all. But after hearing the outline of what the others were doing - mostly science fiction - I thought, why not combine fantasy with science fiction by having an alien race as well as a earth-based mer-people. The cross over all came together from that decision.

·         What kind of research did you do  into the myths and legends about merfolk in order to write the book?

I read a lot of random internet articles about mermaids in many countries. It’s amazing how many cultures have this myth. Originally I’d hoped to make my main character a fresh water ‘mermaid’ like the Scottish Ceasg as I was interested in the properties of mineral springs, particularly those in NZ. But in the end it made for a more exciting story if it was ocean based. I kept the idea of a rejuvenating mineral spring though, as that is what Thala uses to renew her transformation powers on a regular basis. Other than that, I joined a lot of Mermaid groups on Facebook!

·         It seems like there’s a bit of an undercurrent of potential love triangle in the book. Did you ever consider bringing that out more?

Do you mean between Thala and the brothers Bastion and Prastion? In truth, I always intended Thala to gravitate towards Bastion, even though she was intended to pair with Prastion. It occurred to me in hindsight, but originally I hadn’t wanted the romance side of the novel to dominate as I’d intended it for younger teen readers. If I write a sequel, I’d like to angle it more into the paranormal romance genre so that would open up possibilities with a new character introduced challenging the relationship between Thala and Bastion that we (spoiler) learn a bit about at the end of this novel.

·         There’s a lot of interesting backstory to the world with the war, the dynamics between the families etc.  Do you think you’ll write a sequel or prequels to the book?

I have a sequel in mind. I’d like to explore how Thala and her family might go about marshalling the troupes, overcoming natural suspicion between the various pods, uniting what is a completely decimated culture in the face of an approaching evil that would effect their world but also the human world. I’d also like to introduce a human element, to look at how communication and collaboration might come about when Mer-people and humans face a common enemy. That of course, would mean getting the Sprats above the water! On a more detailed note, I’d love to see Thala develop her relationship with her complicated Uncle, yet show her facing the same challenges any teen has to deal with in growing up, finding independence, wanting acceptance and so on...

·         It seems like one of your strengths is world building – how did you go about creating the background for this book?

Thank you. I have a very rich inner life! I like to work out a basic back story for each main character and so, by necessity in this book, the cultures they represent. In order for the Sprats to survive underwater on Earth, I needed to be sure of where they came from and why they left and what their goals were for life on Earth, even to the point of how those goals had been subverted. For Thala to be real to me, I needed to know how her kind had survived without detection among humans, how they’d interacted with their enemy and in order to understand why her Uncle is so tortured by his past, I needed to know his back story. The back story, for me, always starts with the character. 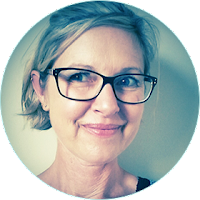 I’m inspired by the things my children talk about, movies, writing courses, other writers, writer’s blogs, other books, TV programmes, snippets of conversation overheard, song lyrics… basically everything. Although the original idea for a story literally pops into my head, from then on I’m on the look out for ideas to feed into that.

I love reading young adult novels and while a younger protagonist’s point of view might offer a wider field of imagination, a young adult character introduces all those areas of angst so prevalent in a teen mind - appearances, independence, family, secrets, love, attraction… there’s so much to write about.

I consider myself a writer for children. My next novel is Brave’s Journey, a fantasy adventure in a strange alternative land. I tried to write this as a children’s novel but it gravitated towards YA. I’d say it’s on the edge of YA - year 7-9 at school. I’m currently trying to write a novel for the 8-12 years age group, and that seems to be tipping over into an older age group too. I guess I often want to introduce content that is a little more serious, so that what might be a magical book ends up having an undercurrent of uncertainty or a dark side. I’d like to think I’m a children’s book writer in general. Saying that I’ve written a few stories for adults too!

Finishing Brave’s Journey. This is my first novel length creation and it took a long time to write! Looks like the book launch will be 17 September this year, all welcome!

Take writing courses and initially at least, find a critique group. There’s a lot of talk about whether writing courses work. I think they do. Although there’s much to be said for ‘finding your voice’, I think you need the advice and experience of those who have come before you to ground you in some good habits and point out when you’re way off course. Also, join New Zealand Society of Authors and apply for their wonderful mentorship programme. The mentorship I had with Barbara Murison was invaluable. Also, take your writing seriously. It’s not until you commit to writing as a part of your life and who you are, that things start to happen. “Until one is committed there is hesitancy, the chance to draw back…”(William Hutchinson Murray)

I’m still learning but I’d say the key is that it’s not so much about promotion as about connection and relationships. I’ve come to realise that when it comes to social media, you need to send out the love to a ‘crowd’ of those people who simply want to support you. You can’t expect to jump on social media and have random people care, let alone purchase a book. You need to communicate and be interested in them, so that they have a reason to care back. It’s amazing how helpful people on twitter and Facebook can be if you just start chatting to them. It’s the same IRL (in real life), work on reaching out into the writing community, to the keen readers, offer help in your areas of expertise (at schools,libraries, writing groups) and you’ll be amazed at how often those people will be open to supporting you at a later date. It’s hard for us sometimes introverted writers to reach out and self promote but maybe it’s a good thing to think of it as giving people an opportunity to give. If you read Amanda Palmer’s incredible book “The art of Asking: How I learned to stop worrying and let people help”, she sums it up nicely. One of her quotes is: “Given the opportunity, some small consistent portion of the population will happily pay for art.” I hope I’m one of that portion and that I might connect with others that are too.

For more information about Jan and her work, check out www.jangoldie.com

Don't forget - you can join my Readers' Group for special deals and release dates sent direct to you at www.darian-smith.com